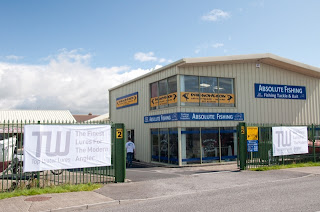 Well where do I begin, what was just an idea myself and Cian came up with sat in Absolute Fishing just over a year a go finally came to fruition last weekend. Between websites, rulers, rules and schedules for the weekend we eventually got there. The main reason we decided to hold this festival was to give anglers from the UK and Ireland the chance to experience the quality bass fishing we have along the South East Coastline all packed into a fun weekend. 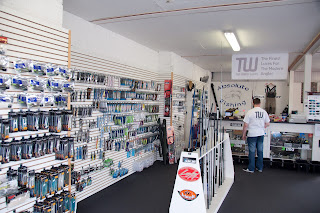 Well it was an early start for us on Friday morning getting into the shop at 4.00am ready for registration to begin at 5am. There were some eager bass anglers waiting in the cars as we arrived, keen to sign in and begin their bass fishing for the weekend.

By Friday afternoon almost half of the 121 anglers who registered for the festival had collected their measures and I.D cards and were out on the rocks and estuaries around the south east coast. Conditions on Friday were bright sunshine and flat calm conditions....far from ideal, however moving water in estuaries etc. were where the fish were located and reports were soon coming into us in the shop of good numbers of fish been taken.

Saturday morning was another early start and we were greeted by two very tired anglers who appeared at the door of the shop still in their waders, Patrick and John had been out along the Copper Coast and had fished through the night they soon got the camera out and showed us a nice 77cm bass which Patrick had taken on the ebbing tide in darkness, a super fish which was going to be very hard to beat....

Saturday brought similar conditions as Friday, at this stage all anglers were signed up and on the loose on the coastline. Bright sunshine and calm conditions made things difficult for the guys who went out however a South Westerly wind began to build along with the hopes of all the anglers of some better conditions...

Once again the estuaries fished well during the calm conditions on Saturday. Come Saturday evening the SW wind had risen and text messages started to come through telling us that the rocks had started to produce some fish. At 11.30 on Saturday night I got a phone call with the news of a 80cm bass, a stunning fish again coming in darkness on the Copper Coast.

Sunday morning was a busy day in the shop with lots of angler who fished throught the night coming in to register their fish. Numerous 70+ cm bass being landed Saturday evening and again through the night and into Sunday morning. Come 2pm all fish were registered and signed off, result time was upon us...

In total ~250 bass were caught and released over the weekend. Granted conditions were tough with flat calm conditions, the guys who targeted estuaries by day and rock marks by night got their just rewards with some quality fish being landed. 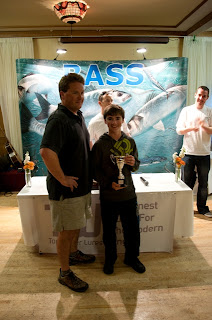 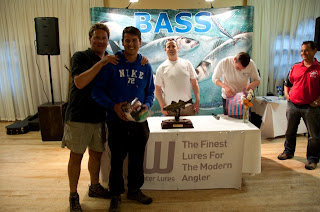 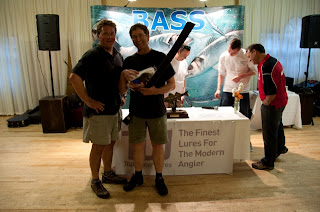 Steve Richards (Winner of the Longest fish from a vising Angler) 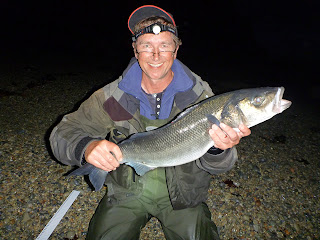 Eric Upton managed a nice fish of 73cm on Sunday morning when conditions were at there best along the rocks with a very nice SW wind creating a nice fizz on the water which earned him 3rd place, with the 3rd longest fish of the weekend. 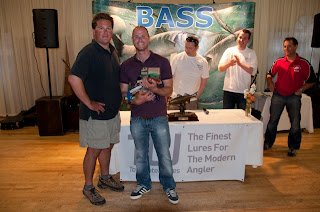 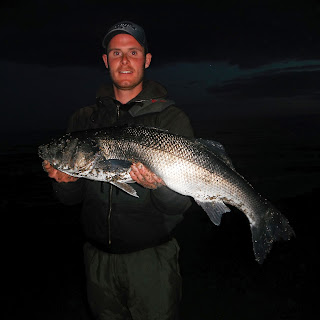 Here is a picture of Patrick with his stunning 77cm fish.

And last but not least the winner of the Irish Bass Festival. 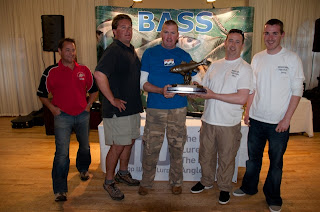 Anthony Phealan had this stunning fish on Saturday night, it was 80cm in length and was well deserved winner of the Inaugural Irish Bass Festival. 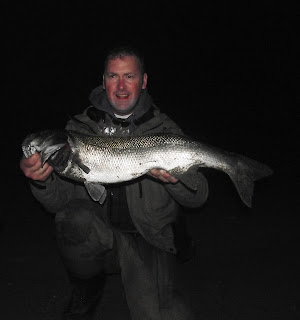 We want to thank our main sponsors TopWater Lures along with Costa Del Mar and UK Bass who supplied some fantastic prizes. We would also like to say thanks to the Grand Hotel who provided accommodation for the anglers and where the function was held on the Sunday night. And finally a big THANK YOU to all the anglers who took part in the festival who made our idea a reality.

We hope you had a great time and see you again next year.

Posted by Absolute Fishing at 1:26 PM