After checking the weather last night I was delighted to see some high pressure sneaking in between the constant low pressure we were having. From past experiences I found that if you can find some clean water on the open coast the day after a strong blow that it can fish its socks off, so hopes were high for a good day.

I arrived onto the copper coast early afternoon and after checking the usual marks it was clear that it wasn’t going to be easy to find some clean water, after checking countless marks I said Id take a gamble and try a mark I had not fished for a couple of years. After a bit of a trek I found what I was looking for, some reasonably clean (mixing) water with plenty of fizz! 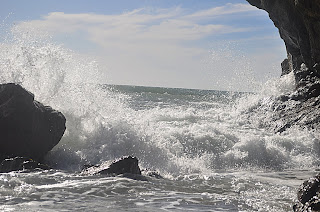 Lure of choice was a Sasuke 140 in candy colour. Within the first few casts I had a nice Pollack, I was delighted thinking to myself if the Pollack could find the lure if there were any bass around Id be in with a good chance. Sure enough within 20 minutes I hooked a good fish that doubled the Injection and proceeded to strip countless yards of line of my 3000 sized reel, the gear was well up to the test and after a few minutes I slid the most well conditioned bass I have ever seen onto the shore, the girth of this fish was remarkable, on the boga she came in at over 9lb. 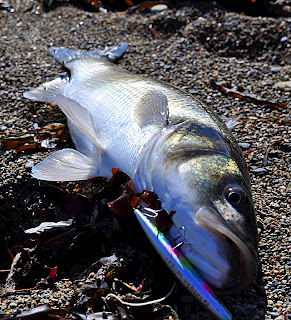 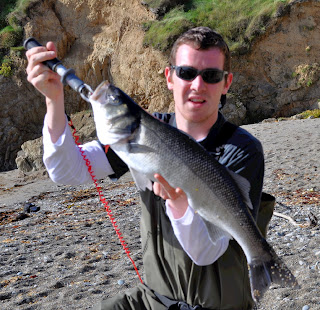 The tide was really pumping in at this stage and there was a thick line of kelp on the foreshore which was slowly starting to get picked up and beginning to float in front of where I wanted to fish, making things difficult. Fishing amongst this floating weed was a nightmare, but on one of the retrieves I felt a bang then another, thinking to myself here is another Pollack I stopped the lure and bang…not a Pollack but bass on, the fish really wanted that sasuke, giving yet another outstanding fight on the light gear, definitely the best way to catch these fish. Again on the sasuke 140. 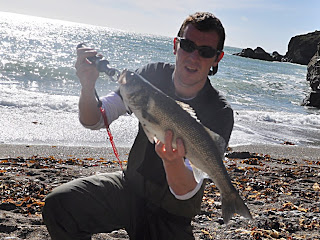 Confidence was sky high at this stage and but the line of kelp had made its way out in front of me so time left fishing the mark was of the essence. A few minutes later I hooked another fish again in close which went on one hell of a run but the on this occasion the fish won and all I got back were two big bass scales on my sasuke.

A quick break for lunch and into the shop for a couple back up lures to have for the dropping tide and of course to let Cian know what he was missing. So onto the next mark that I generally fish on the dropping tide, and which had been fishing very well for me of late. Sure enough within 5 minutes I had a fish which came in around 8lb on the boga. 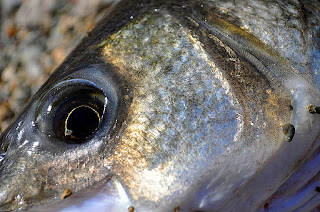 Fishing where I was I only had another 30 minutes before the water would strip off in front of me making the gulley I was fishing into impossible. Just as I was thinking I would move on I hooked a reasonable fish which after a bit of head shaking on the surface took me to ground,, DISASTER the fish and the lure of the day gone.

The confidence knocked a bit after losing my lure of the day I fished on and to round up the day nicely I had a nice 6lber as the sun was setting on yet another perfect day on the copper coast. 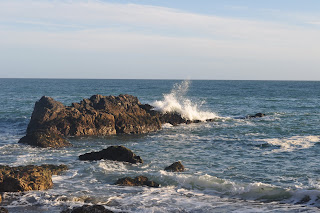 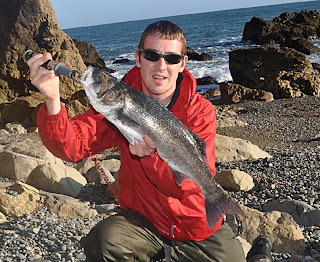 Posted by Absolute Fishing at 10:12 PM