These have to be the find of the season for me. One evening during the summer the surf was breaking perfectly over a reef, at this location the fish hit you behind this reef in the white water. Myself Ger and Cian had been hammering "the zone" for about 20 minutes with hard lures to no avail. Everything seemed right but we couldn't understand why the bass where no hitting the lures?
Cian goes and put on a wave worm on a texposer hook and proceeds to cast into the white water. Within four or five cast he hooks up with a nice bass which gave an excellent account of itself in the well oxygenated white water. Catching on a new method was great and excitement levels were high. Cian managed another fish shortly after and with that had me convinced by these weightless soft plastics. All he was doing was casting into the surf and keeping in contact with the soft plastic as it got washed are around in the surf waiting for the fish to pick up the sp move away with it and then lifting into the fish. Simple but deadly method as we soon found out trying the method on a number of marks latter on in the summer.
For the next few weeks numbers of fish on the weightless wave worm started to add up and they accounted for some nice fish in both estuary and rock marks in all types of conditions. 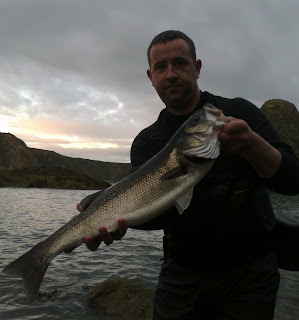 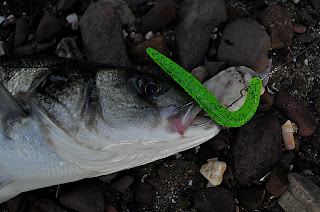 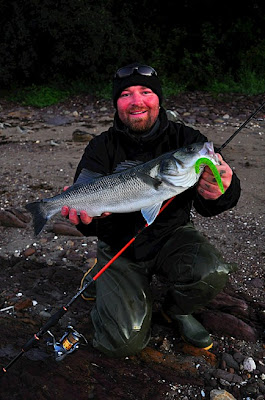 How we fish the wave worm:

Pretty simple really, If you are fishing a rock mark I will either let it get kicked around in the surf reeling up the slack line so that I am just keeping in contact with it. In this situation the current (if there is any) and the wave action do all the work for you.

In an estuary mark we fish frequently in the summer the water is never clear there, visibility being 1.5 foot max. A steady retrieve with constant wrist flicks gives the wave worm a great action that the bass just cant seem to resist.

One thing to note if you feel a fish pick your wave worm up when you are letting it get kicked around in the surf do not strike let the fish have it feel him move away then lift into the fish, when fishing the worm on a steady retrieve...hold on cause they will hit you hard and usually do all the work hooking themselves. The hook holds with the texposer hooks are excellent.


The water temperature is still up around 12C this settled spell on the way may be just what is needed to get some good fishing, and a method well worth a go this time of the year will be the weightless soft plastics.