My top lure at the moment 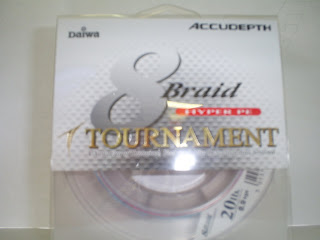 My apologies for the lack of blogging this week , just one of those weeks. Nothing much happening as dirty water kept me from fishing during the week but its clear now and already I am hearing catch reports from last night. The lure that did the damage last night was the Xorus Patchinko. Surface lure fishing has to be one of the most exciting ways to catch a bass , its real heart in the mouth stuff when you see a fish swirl behind your lure . That couple of seconds which feels like a life time before the hit is what gets me . Trying not to panic , trying to do everything right to entice the hit there is no better buzz. Sometimes the fish on the surface are just leathering the lure other times they miss it other times they are just up for a good look and turn away. Of course hooking up is the aim of the game but just turning fish on the top is exciting fishing.

My top lures at the moment

Above are some of my top lures at the moment , these four lures are the ones that I would not go fishing without. Each of them fishes differently but are all very effective. Yes they are great lures with a great action but a big part of it is how confident I feel using them. Confidence plays a big part in my lure fishing I have to be happy with the lure I am using and where I am fishing . Sometimes where you are fishing is the biggest part of it as sometimes a bass will hit what ever you put in front of it and then you have times when there loads of fish around and they wont touch anything. There are certain lures that just work better on certain occasions but they all have their day.

The Feed Shallow is a lure that is around a few years now and was first introduced to me by my friend Trevor from Jersey . He arrived over for a weeks fishing a few years ago with this lure and showed us all up with the amount of fish he caught on it especially on shallow rock marks. So of course I purchased and never looked back it has accounted for loads of catches and will be one of those lures that will be around forever. It fishes very shallow with with a good paced retrieve straight back no twitching and it has this frantic side to side action that just dives fish nuts.

What can I say I love this lure so much I get emotional about it. Now I am the first to admit the bib is weak and I wont let someone out of the shop with one without informing them of this. In my lure box I have a few casualty's , mostly my fault from casting near structure , but thats where the fish are. That aside it is incredible with an action like no other lure I use. In the last year I have fished it a lot as anyone who knows me will tell you and its rare that it lets me down. Fish it hard with plenty of twitches and don't be afraid to lift the rod tip to get it over shallow ground it does not effect the action.

Another lure that arrived from a Jersey influence , Bob showed us what this lure can do over and over again. A surface lure that can be fished in all conditions. If it is calm slow it down with light twitches , a bit more chop speed it up with plenty of twitches disturb the surface and throw in a pause or two. It is one surface lure that I have seen numerous big fish come to . No explanation why it just works.

IMA Komomo 2
This lure is fairly new to me but is already catching plenty of fish. When you need to fish shallow ground its your man. With an amazing side to side action it is amazing the stuff that Ima have out the action just looks so realistic . This lure can be fished in many different ways even get up on the surface by lifting the rod tip. Fish it fast slow , twitch it or straight retrieve it . Its a real all rounder.

Just to let you all know I know have the tournament braid in stock . Its like floss.
Posted by Absolute Fishing at 1:21 PM